My apologies for the two week hiatus from posting - I have been flat out job hunting so the blog has moved down the list of priorities a little. Happily I will be starting a new job next week so I will have more time to get back into my routine!

This week I want to talk about a topic near and dear to my heart - winning gwent. What is gwent, you ask? Gwent is a card game within the incredible video game, the Witcher 3. Those of you who are also gwent fans can benefit from my obsession with this game by using this data-driven guide to playing strategies. I’ve come up with five single approach strategies to win the game, and I will evaluate the decks on their various merits in each. Let’s get started! 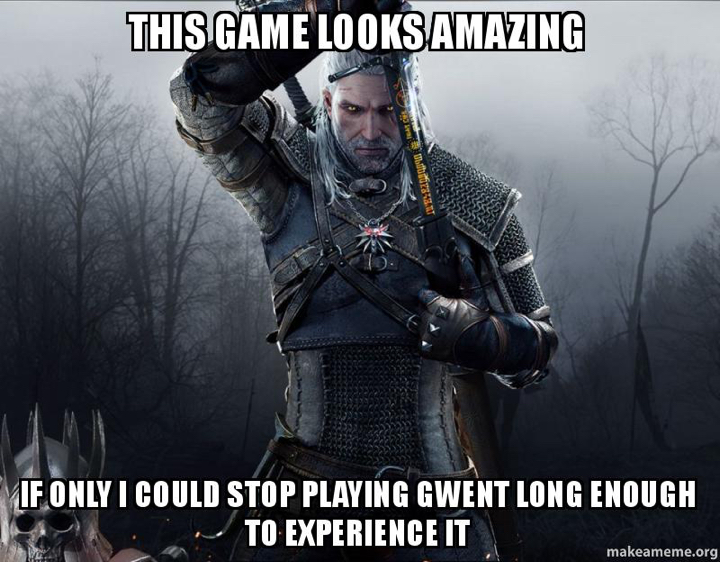 Read in and clean the data

To get started, we’ll use this spreadsheet containing the core (non-DLC) gwent cards from this site.

We have a little bit of cleaning to do. Firstly, to help group repeated cards, I’ll get rid of the numbers attached to these cards (e.g., 1 of 3) using a simple regex.

The other thing I need to do is fix up the labels of the Nilfgaardian and Northern Realms decks, which are mislabelled in the original data.

Ok, the data are now ready, so let’s get started! 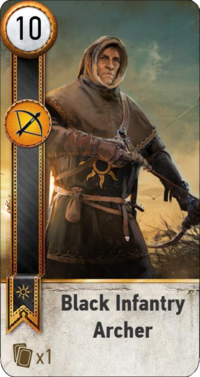 The most obvious and blunt strategy is to try and win on strength alone. To see which deck is best suited to this, let’s have a look at the overall attack strength of each deck. I’ve removed the spies for reasons I will explain in the next strategy.

We can see that the Scoia’tael deck wins when we consider the total strength of the deck. However, the total strength is not the best measure of how strong a deck is as you will only be using a limited number of cards in each game. What we need to work out is whether a deck has a lot of high-powered cards. Let’s first have a look at the distribution of attack strengths per deck. 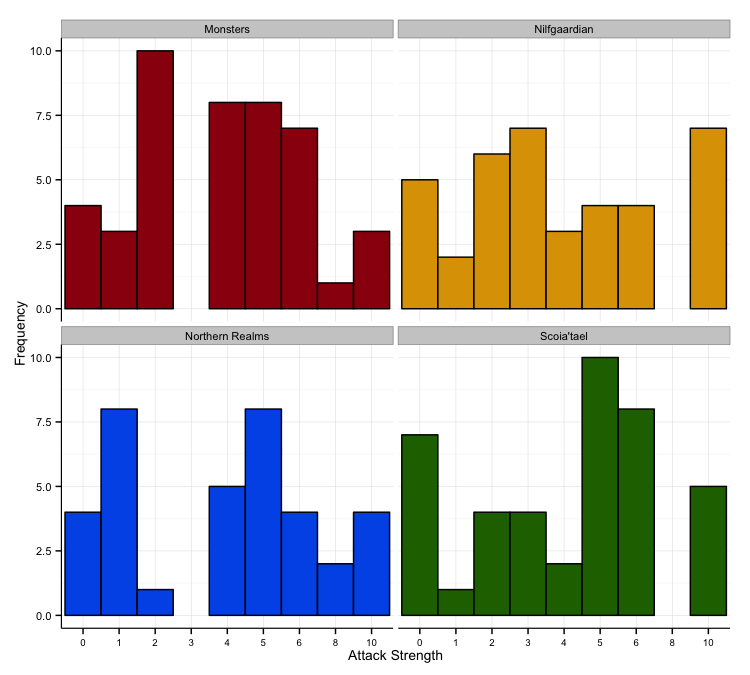 The graph shows that the Scoia’tael and Nilfgaardian decks have the highest amount of cards at the top of the strength range. Let’s now have a look at the average strength of cards in the deck.

Again, Scoia’tael wins out on pure strength, having 13 cards scoring at 6 or above. Therefore, if you want to try and win using strength alone, Scoia’tael is the best choice of deck.

Strategy 2: Use spies to build number of cards 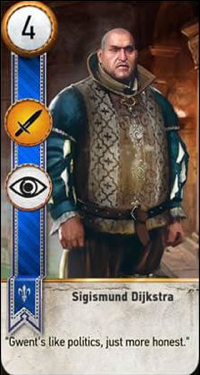 Of course, given the many special abilities of cards in gwent you’re likely going to want to use a more subtle strategy. My boyfriend and I play with a very hero-heavy Northern Realms deck, so one of our favourite strategies is to build up a huge hand using the spy cards. For those new to gwent, spy cards allow you to draw two new cards from your deck, but have the disadvantage of contributing to your opponent’s score.

Let’s look at the distribution of spy cards in the decks.

The only decks that have spy cards are Northern Realms and Nilfgaardian, with an additional spy (the Avallac’h hero card) in the neutral deck. As such, if you want to use spies you cannot get away with supplementing your deck from the neutral deck - you will have to commit to either Northern Realms or Nilfgaardian. However, while these decks have the same number of spies, they are not quite created equal. Let’s have a look at the total value of the spy cards in each deck.

You can see that the Nilfgaardian spy cards are worth double those of the Northern Realms, contributing a hefty 20 points to your opponent’s score. As such, if you want to rely on using spies the Northern Realms deck is the best choice.

Another favourite strategy of ours is to use the medic cards. These cards recover one card of your choice from your discard pile, allowing you to play it multiple times during the game. Coupled with the decoy cards (which allow you to remove one of your cards in play and put it in your discard pile), these cards can be a powerful way to increase the value of your deck. Let’s have a look where the medics are in the game.

Each deck has at least one medic, but the Nilfgaardian and Scoia’tael decks have three each. Again, there is only one neutral medic (the Yennefer of Vengerberg hero card), so you’ll need to commit to one of these decks to fully exploit the medic strategy. Let’s again have a look at the value of these medics:

Strategy 4: Use muster cards to overwhelm your opponent 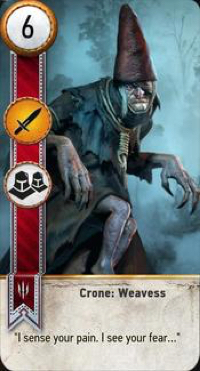 The signature ability of the Monsters and Scoia’tael decks is the muster ability. This means that every card with the same name will be pulled out of the deck and into play when one of them is played. Let’s have a look at the number of muster cards in each of these decks.

It looks like the Monsters deck has far more muster cards than the Scoia’tael deck. Let’s have a look at the value of the muster cards in each deck.

Unsurprisingly, the Monster muster cards also have a higher value than the Scoia’tael ones, summing to more than double. So what are the best value muster cards in each deck? Firstly, we’ll change the name of the muster cards to make sure that all of the ones in the same muster group have the same name.

The graph below shows the total attack strength of each of the muster groups, with lines within each bar showing the value of individual cards.

The final strategy is tight bond, the signature strategy for the Nilfgaardian and Northern Realms decks. In this strategy, the value of all cards in the group will be multiplied by the total number of cards in that group in play. For example, if I have two cards from a group in play, the value of each will be doubled. Let’s have a look at the number of tight bond cards in each deck.

You can see that the strongest tight bond group is the Nilgaardian Impera Brigade Guard, with a maximum value for the group of 48. However, the Northern Realms deck has more high scoring tight bond groups, with the Blue Stripes Commando, Crinfrid Reavers Dragon Hunter and (my favourite) Catapult groups all scoring above 30 when all are in play. In addition, each of these groups require you to use 3 or less cards to reach this maximum. As such, you should use the Northern Realms deck to best exploit the tight bond strategy.

Gwent can be really overwhelming for beginners, and you can see that the game has a lot subtleties. I hope this data-driven guide has helped you weigh up the relative merits of each deck and given you some ideas about where to start when playing the game. Happy gwenting!