Last year, I had the chance to enrol in a mathematics degree by distance, which has been extremely helpful for filling in some gaps in my maths knowledge that I have coming from a behavioural sciences background. As I work my way through my degree, I’ll be posting about some of the things that I am learning that I think are relevant to the tools and techniques we work with in data science. In addition to helping me fully understand the material, hopefully it will be helpful for other people working in the field.

At the moment, I’m studying linear algebra, which (in addition to being a fascinating area of study in and of itself) has a lot of applications to the algorithms we work with in data science. To get started, I’d like to give a brief introduction to one of its basic units of analysis, the matrix.

What is a matrix? 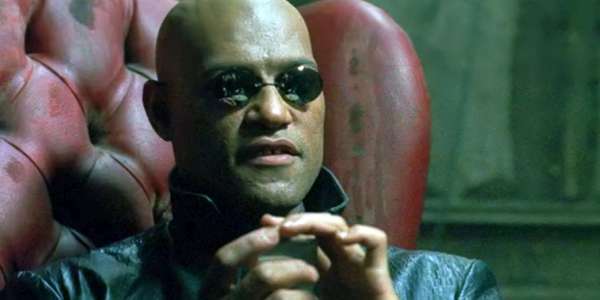 No … we’re not going to be having that kind of conversation!

A matrix is simply an arrangement of symbols in a rectangle. The symbols can be anything, but from a mathematical point of view we’re mainly interested in those matrices that contain real numbers. You can think about a matrix like a table in Excel, where you have m rows and n columns, like so:

We can see this is an Excel spreadsheet with 3 rows and 2 columns, or a \(3 \times 2\) spreadsheet. If we were to represent these numbers in a matrix, we’d end up with:

We can represent this matrix in Python using a Numpy array. Notice that we’ve assigned each row of the matrix to a separate list, and then passed this list of lists as an argument to Numpy’s array function.

Similarly, we also refer to elements in matrices by their row and column positions.

In this case we’d reference the element 2 using \(a_{12}\). Unlike our Excel spreadsheet, however, we reference the row first and then the column. Also note that the convention when working with matrices is to refer to a matrix using a capital letter (\(A\)), and components of the matrix by a lowercase letter (\(a\)).

In Numpy, we can get elements from our array by using this row, column notation. However, because Python is zero-indexed, we need to subtract 1 from each of the row and column numbers, meaning \(a_{12}\) becomes (0, 1) in our Numpy array:

In addition, we can also refer to elements by their index in the matrix, treating each element as though it was part of a single list. In this case, 2 is at index 1 of the matrix:

There are a number of mathematical operations we can do with matrices. In this post, we’ll explore how to add and subtract matrices, how to multiply a matrix by a scalar, and how to multiply a matrix by another matrix. In the next post, I’ll explain matrix inversion (and when it is possible), and in the final post in this series we’ll cover powers of a matrix and matrix transposition.

In Numpy, we can simply use the + operator, which correctly calculates this elementwise addition for each matrix.

This operation can also be extended to allow us to subtract a matrix from another matrix, where instead of adding each number in the two matrices, we would subtract one from the other. In Numpy we similarly use the - operator to perform this operation.

What happens if we try to add or subtract two matrices of different sizes? Let’s try adding \(A\) to a matrix made up of the first two rows of \(B\):

Numpy gives us a very helpful error message, reminding us that matrices must be the same shape in order to be added (or subtracted).

Multiplying a matrix by a scalar

In Numpy, similar to matrix addition and subtraction, we can just use the * operator to multiply each element by the scalar 2:

So we’ve seen that matrices can be multiplied by scalars. Can we also multiply a matrix by another matrix? Just like with matrix addition and subtraction, this depends on the size of the two matrices. However, unlike addition and subtraction, the matrices don’t have to be the same size. Instead the number of columns in the first matrix must be the same as the number of rows in the second matrix. We’ll see why by doing an example.

To get the first element of our new matrix \(AF\) (which we’ll call \(G\) to make it a bit neater), we use the following formula:

Continuing this across all of the elements, we end up with:

As hinted at in the name of operation that gets each element in our multiplication, the function to multiply two matrices in Numpy is called dot.

Alternatively, we can use the @ operator as a shortcut:

Next, let’s try it the other way around, calculating \(F_{\textrm{trimmed}}A\):

I hope this was a useful introduction to what matrices are, and how to do some basic operations on them in Python. Next post we’ll move on to matrix inversion, which is a more advanced and interesting operation.