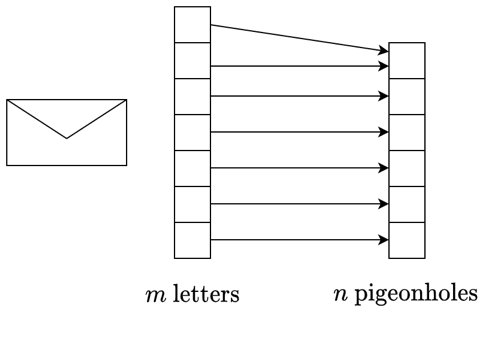 If you read my last blog post, you would recognise that this is an injective relationship (where every pigeonhole in our codomain maps to a letter in our domain), but it is not surjective (where there is a one-to-one relationship between every pigeonhole and letter). The underlying idea behind the pigeonhole principle is that we assume injectivity, although this doesn’t need to strictly hold for the principle to be true. We’ll discuss this more in the examples.

The pigeonhole principle allows us to make some interesting observations about situations that feel quite far removed from functions. Let’s have a look at a couple of examples.

Let’s imagine we have a random group of 13 people. Within this group, at least two of these people will have their birthdays in the same month.

In order to solve this one, we need to imagine the group of 13 people as our domain, and the months of the year as our codomain. We assume injectivity, that is, that theoretically people could be mapped to every month of the year, as in the diagram below.

As we have 13 people but only 12 months, we cannot have a bijective relationship, as 13 > 12. Therefore at least 2 people have to be born in the same month. This is, of course, in the case that this function is injective for this group - if one or more birth months are not represented in this group of 13, we could have more than 2 people born in a given month. This is why we need to say at least 2 people will share a month.

Imagine we have 232 students enrolled in a mathematics course. The students must sit a final exam, with possible marks between 0 and 100. We’ll assume that the scores can only be integer values. At least 3 of these students will get the same exam mark. 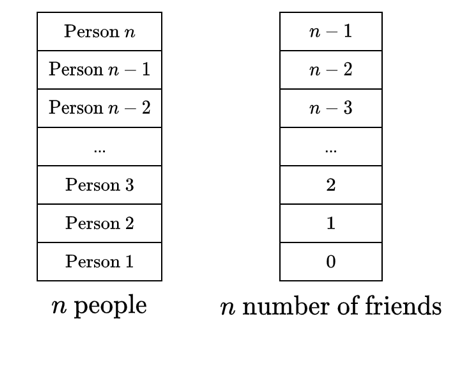