In-person conferences are finally getting back into full swing this year. Fortunately, four of the conferences I was accepted to speak at lined up back-to-back in late September. Even better, they were all in Europe! My first stop was PyCon UK in Cardiff. Despite coming back at reduced capacity this year, it was still a substantial conference, running for two and a half days and attracting around 700 people. In fact, it was completely sold out!

Unfortunately, I wasn’t able to attend the first day of the conference, so I spent Friday traveling from Berlin to Cardiff instead. Much to the surprise of my colleagues in the UK, my flight options were limited because of the pandemic. The best I could find was a KLM flight that included a transfer via Schiphol, Amsterdam. I optimistically thought I might be able to arrive in time to catch the final talks of the first day, but due to the ongoing airport madness in Europe, I didn’t make it to my hotel until 6:30 pm, three hours behind schedule. However, my gorgeous accommodation made up for it. After a long day’s travel, I was happy to be able to have a meal downstairs at the pub and then get to bed early.

Finally made it to Cardiff - can't wait for @PyConUK tomorrow! pic.twitter.com/JA9B7lnZV5

I woke up to clear skies, which made for a very peaceful walk to the conference through the lovely Bute Park and past Cardiff Castle. 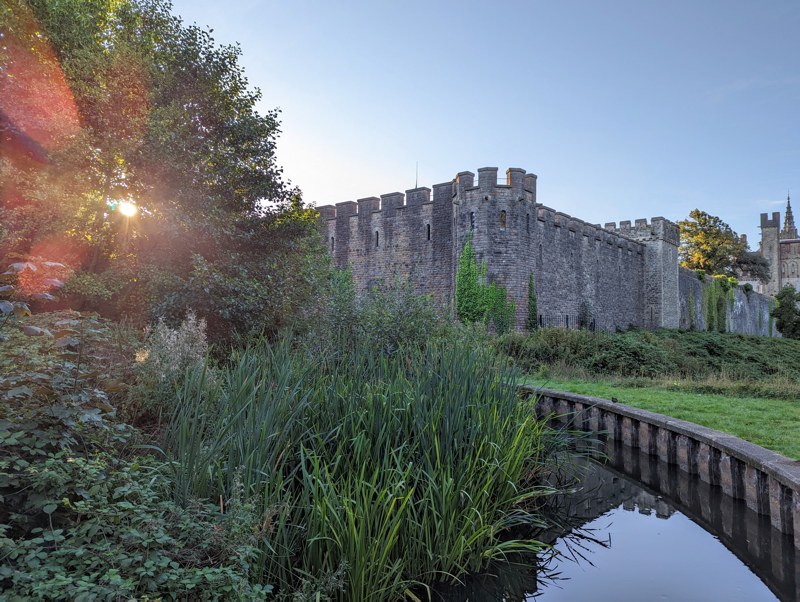 I grabbed breakfast at a PyCon UK institution, Brodies, which is situated just across from the conference venue in another small park. The conference was once again held in Cardiff City Hall, which is a beautiful 100-year old building situated close to Cardiff town center.

The day started with a fantastic keynote from Vince Knight about whether it’s ever possible to establish truth in research.

Really thought-provoking keynote by @drvinceknight this morning at #pyconuk about issues in the objectivity of peer review. Having complained about reproducibility issues in science a lot myself it really spoke to me 😁 pic.twitter.com/dyfqw9oH7R

Tim Gilboy and Reka Horvath from Sorcery then gave a talk on the cultural influences on technical debt, which is similar to an issue I’ve talked about before in the context of improving reproducibility in data science research. This was followed by Alastair Stanley’s talk on how to get the most out of generators.

I really enjoyed Alastair Stanley's talk on working with generators. It was a nice explanation of some sneaky gotchas #pyconuk pic.twitter.com/ghKkwx3gKD

Phillippe Mason and Rita Kesrouani from JPMorgan gave an interesting overview of how they help their non-developer analysts become more productive by using Python to access and use their data, all while having the largest Python codebase in the world. Marc-André Lemburg then gave a great introduction to async, demonstrating when it might be helpful by showing us how to use it to build an anti-spam bot to clean up his Telegram group.

I was really looking forward to @malemburg's talk on async in Python and it didn't disappoint! I definitely have some things to play with when I get home. #pyconuk pic.twitter.com/zYSLSPDbtJ

I also gave my talk on how to use some of NumPy’s vectorized operations to speed up your code, as well as explaining the linear algebra behind them (using DataSpell for my code demos, naturally!).

We ended the day with a hilarious round of lightning talks, where the winner was chosen based on decibel level and Mark Smith kept us entertained with increasingly bad tractor jokes. We then headed for some post-conference drinks at the trendy Tiny Rebel, grabbed a bite at the Grazing Shed, and then popped into NQ64 for some arcade games.

The next day was also bright and sunny. I grabbed breakfast at the Summerhouse Café in the park on the walk in. This final day of the conference was a half-day, so there was not as much on the agenda, but the talks were just as interesting. Some of the highlights for me were a talk from Becky Smith and Simon Doxy about how they managed to quickly access and convert COVID-19 datasets into anonymised, “research-ready” data that can be used by all researchers, and Eli Holderness’ hilarious and eye-opening talk about some the surprises that pointers can throw at you in Python.

Absolutely brilliant talk by the wonderful @EliHolderness about how pointers behave in Python. Even as a newbie to this topic I learned so much ❤️ pic.twitter.com/35PFuocv2x

Sadly, Ian Thomas could not give his talk in full due to technical issues, but he presented a great slimmed-down version during the lightning talks.

And it's a wrap for #PyConUK2022! The last lightning talks were amazing and it was a great atmosphere up until the end. I had such a great time meeting old and new friends - can't wait to catch up with you all at the next PyCons. pic.twitter.com/8b0x7r7F4b

After saying my goodbyes to old and new friends, I headed off to explore Cardiff a little in the afternoon, ending the day with a proper Sunday roast – including a delicious vegetarian Beef Wellington! 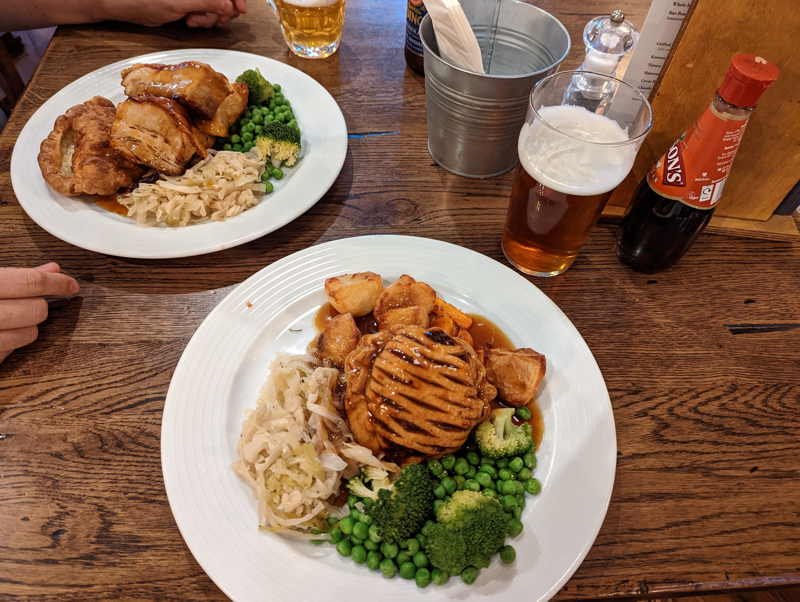 This was my first PyCon UK, and I liked the conference a lot. In fact, my only regret was that I couldn’t attend all three days! As with all PyCons, the code of conduct was strictly enforced, and I felt welcomed and included by everyone. The conference put some nice touches in place to increase that inclusivity, including a crèche and a quiet room. The food was delicious, and there was plenty of it! Lunch was a huge spread of sandwiches, hot food, and desserts, and at each tea break they had these delicate little biscuits called Welsh cakes. I was also very impressed at how quickly the conference team processed the videos. Friday’s videos were already up on Saturday! Next year, the conference team is planning to return to a full, five-day conference, and I’m really looking forward to it.